One of the multiple properties at Pinehurst Resort in North Carolina, The Manor Inn was built, owned and operated by Emma Bliss in 1922. In 2018, it needed an update. To help define how The Manor fit within the Pinehurst umbrella, while simultaneously establishing its own unique identity, 3North conducted a two-day IQ Charrette that brought together the design team with staff, and key stakeholders to brainstorm and achieve consensus.

After a year-long renovation, the historic Manor Inn, built in 1923, has been completely transformed.

Look up. The N&S Bar’s signature design element is the dramatic ceiling, with an illustration of the routing of Donald Ross’ first four courses at Pinehurst. That illustration was conceived in 1922, not long before The Manor originally opened.

“Pictures show how AMAZING the ceiling turned out.. I am OBSESSED. The layout for the ceiling was a challenge, as we had to design the layout “reversed” so that it was viewed correctly AND we had to account for all of the beams in between each inset. ” said Kristen Holden.

Graphic designer, Rebekah Dunn, commented on the dramatic ceiling art in the bar  “Like Kristen said, this project definitely had to have more thought put into it.. we ended up vectorizing the mural as well as doing some custom color adjusting. It’s so exciting to see the all of that work come to life in those photos.” 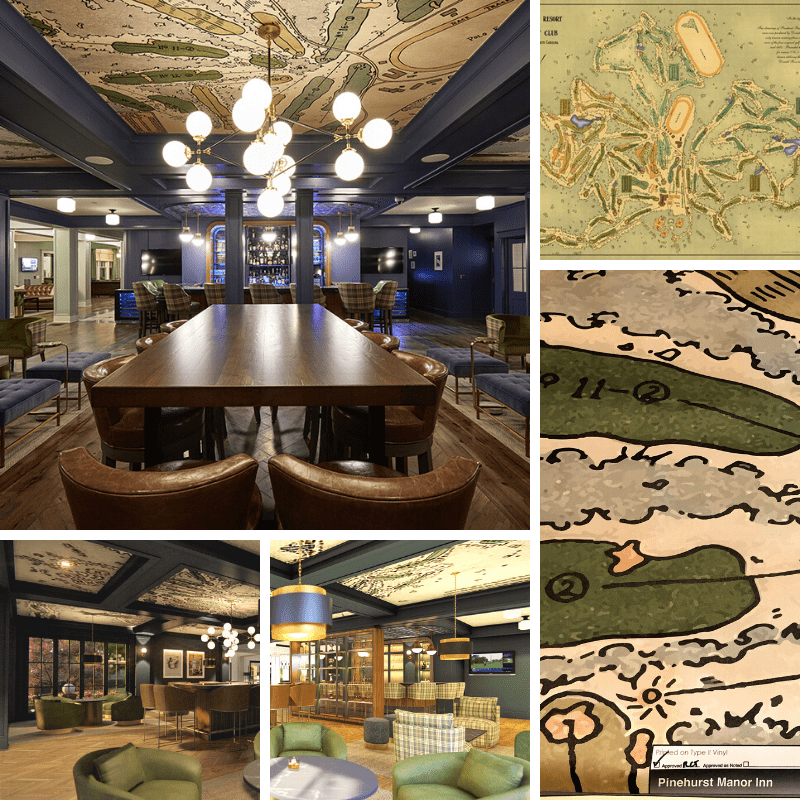 As the design process progressed, the conceptual themes came to life in elements of design, graphics, and branding. The guest rooms were updated with comfort in mind, knowing the importance of a great shower and comfortable bed. In the end, 3North created a space that was welcoming, relaxed, and true to Pinehurst.

The Manor and its 43 guest rooms have been transformed. All of the inn’s interior has been completely renovated, with only 15 percent of the original interior framing remaining. 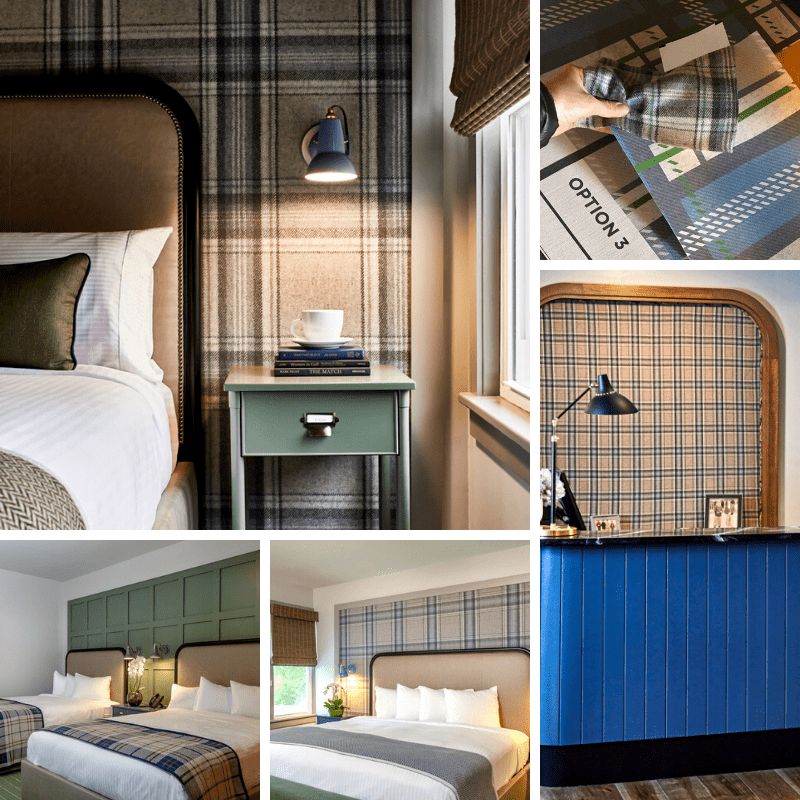