Blue Architectural Buildings Around The World 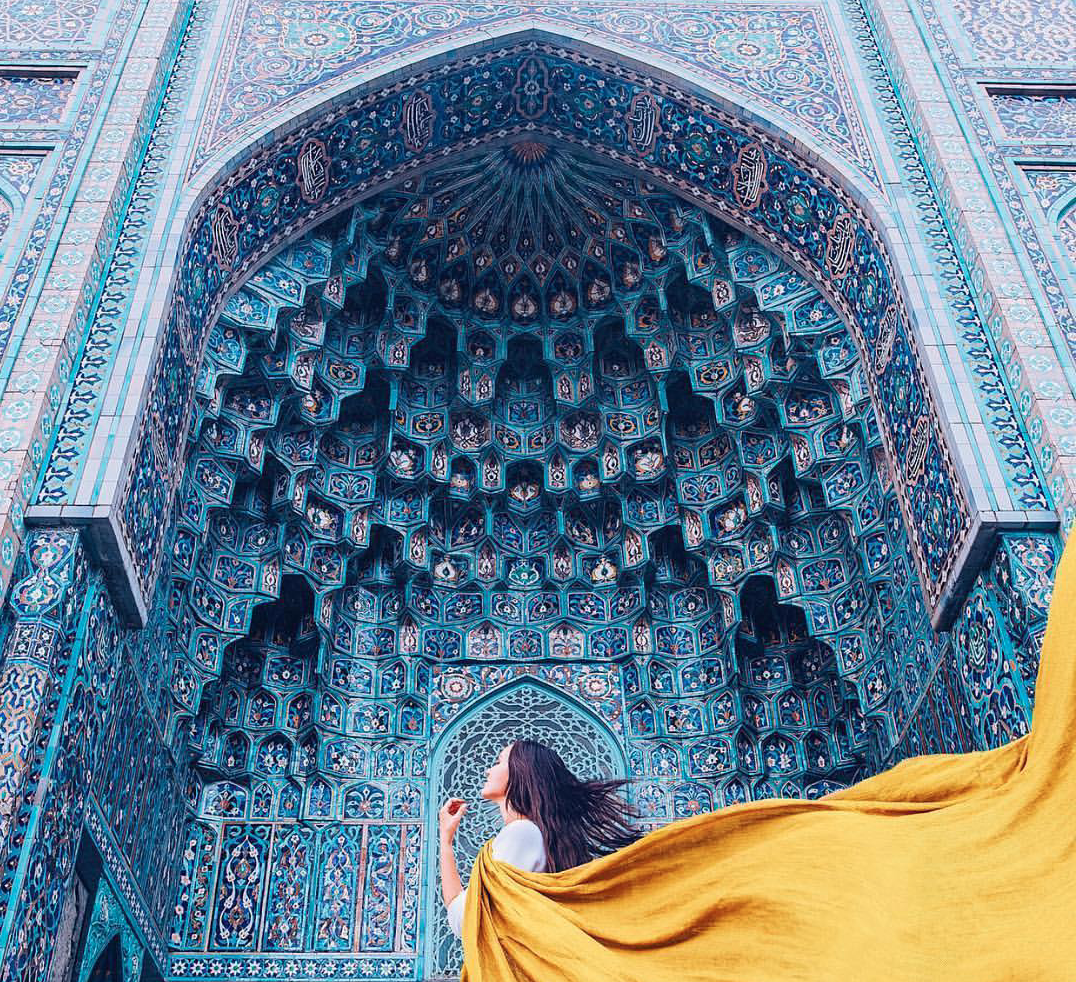 Sheikh Lotfollah Mosque (1619) is one of the masterpieces of Iranian architecture that was built during the Safavid Empire, standing on the eastern side of Naqsh-i Jahan Square, Esfahan, Iran. This beautifully proportioned and decorated architecture, with some of the best mosaics from that era, took nearly 20 years to complete.  Click Here for 360 View of the interior!

BLUE, by Bernard Tschumi, is a residential mid-rise in New York’s Lower East Side. Blue took the character of the site as its source, parlaying intricate zoning into angulated form, and form into a pixelated envelope that both projects an architectural statement and blends into the sky, simultaneously respecting and embracing the dynamism of the neighborhood. 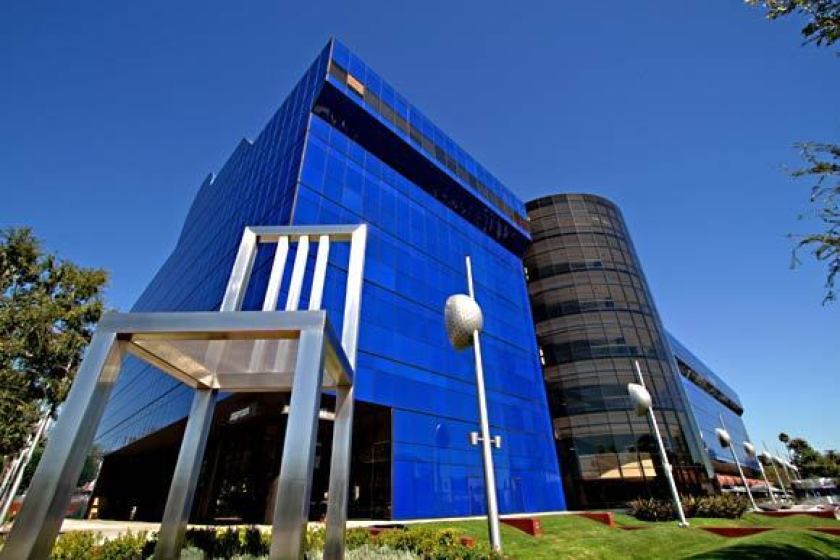 Pacific Design Center, by Cesar Pelli, is a 1,600,000-square-foot multi-use facility for the design community in West Hollywood, California  One of the buildings is often described as the Blue Whale because of its large size relative to surrounding buildings and its brilliant blue glass cladding. 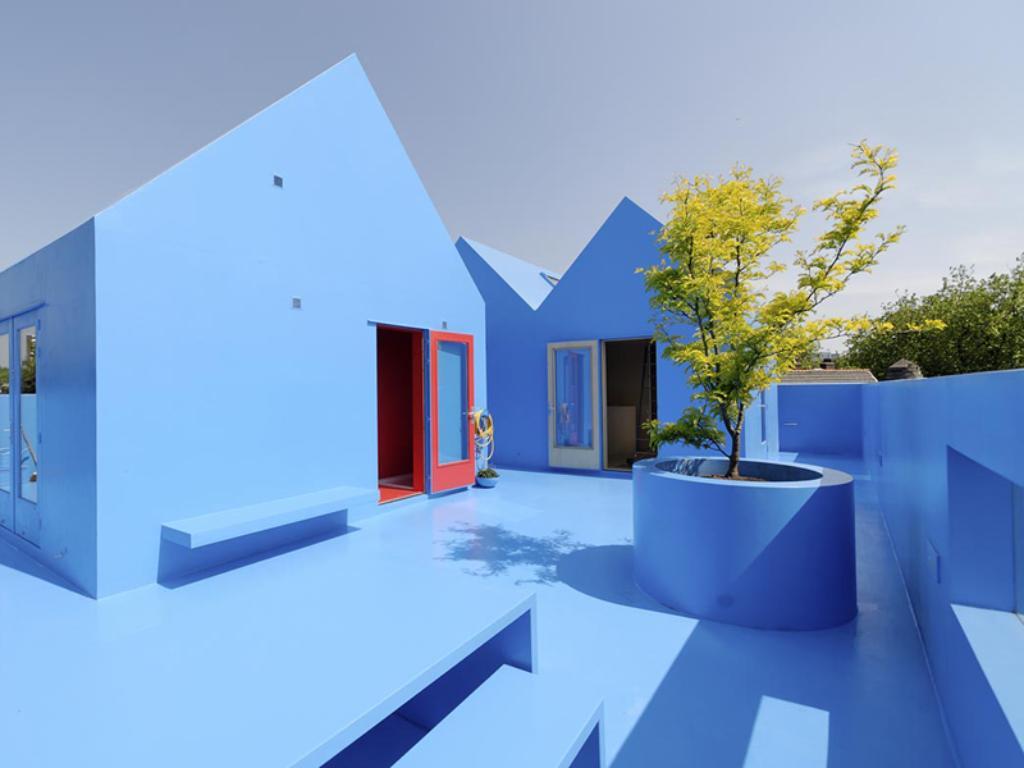 Didden Village by MVRDV in located in Rotterdam, The Netherlands. The ‘village’ is enclosed by a parapet with windows that offer views of the street. Trees, tables, open air showers and benches added, optimising the rooftop life. By finishing all the elements with a blue poly-urethane coating a new heaven appears. 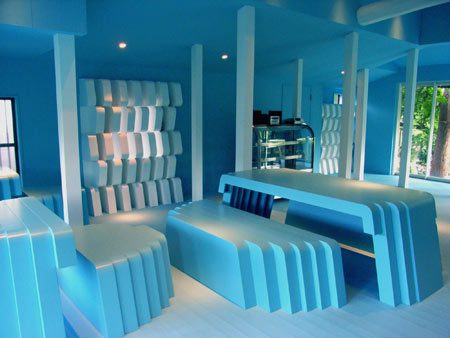 Vinegar Cafe SU by Himematsu Architecture is located in Fukuoka, Japan. Tokyo architect Shinichiro Himematsu has designed a cafe adjacent to a vinegar factory. A primary element of the interior is blue bumpy surface composed of tables, chairs shelves and a counter that creates the effect of “Slice.” 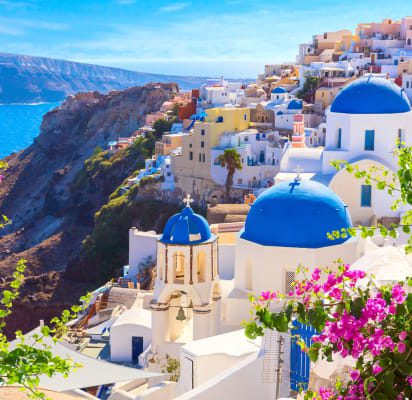 Blue Domes of Santorini (Anastasi Church) are famous for their classic Cycladic architecture and the sharp color contrast. The blue domes are located in Oia, a magical hilltop town in Northern Santorini Greece, that’s characterized by its trailing bougainvillea and winding narrow lanes. 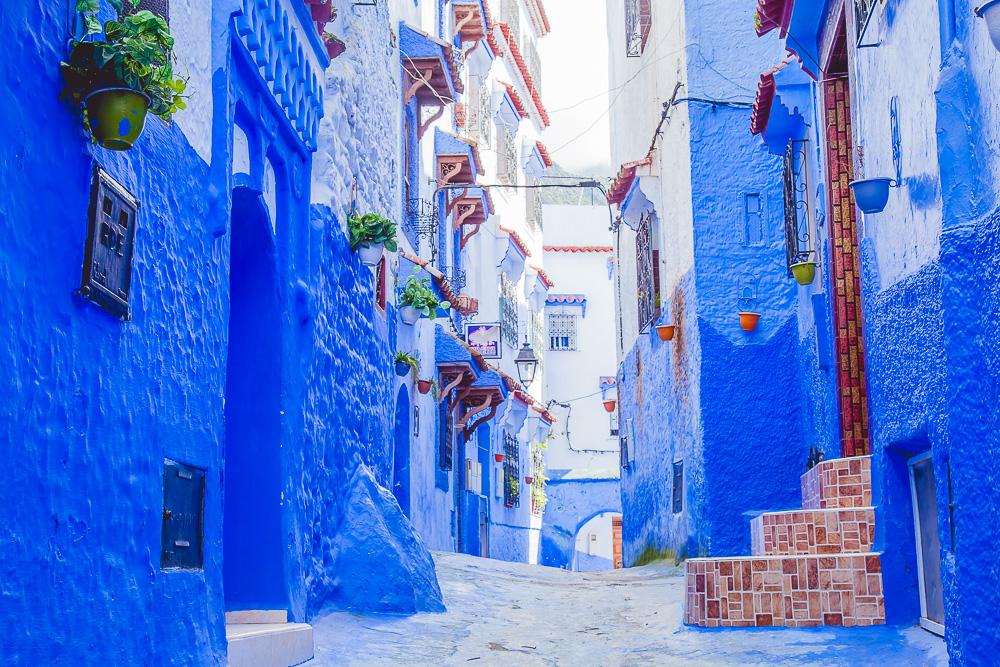 Chefchaouen, also known as Chaouen, is a city in northwest Morocco. Chefchaouen’s blue walls are a popular subject of interest. The blue is said to symbolize the sky and heaven, and serve as a reminder to lead a spiritual life. Click Here for 360 View. 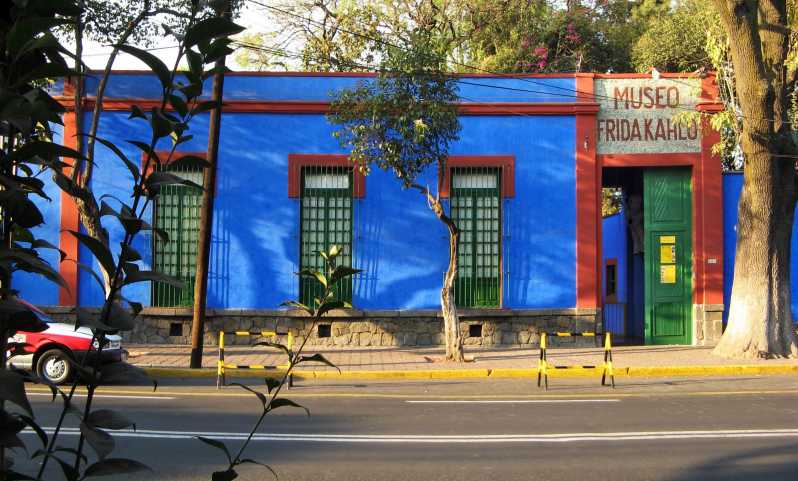 The Frida Kahlo Museum, also known as the Blue House for the structure’s cobalt-blue walls, is a historic house museum and art museum dedicated to the life and work of Mexican artist Frida Kahlo. It is located in the Colonia del Carmen neighborhood of Coyoacán in Mexico City. 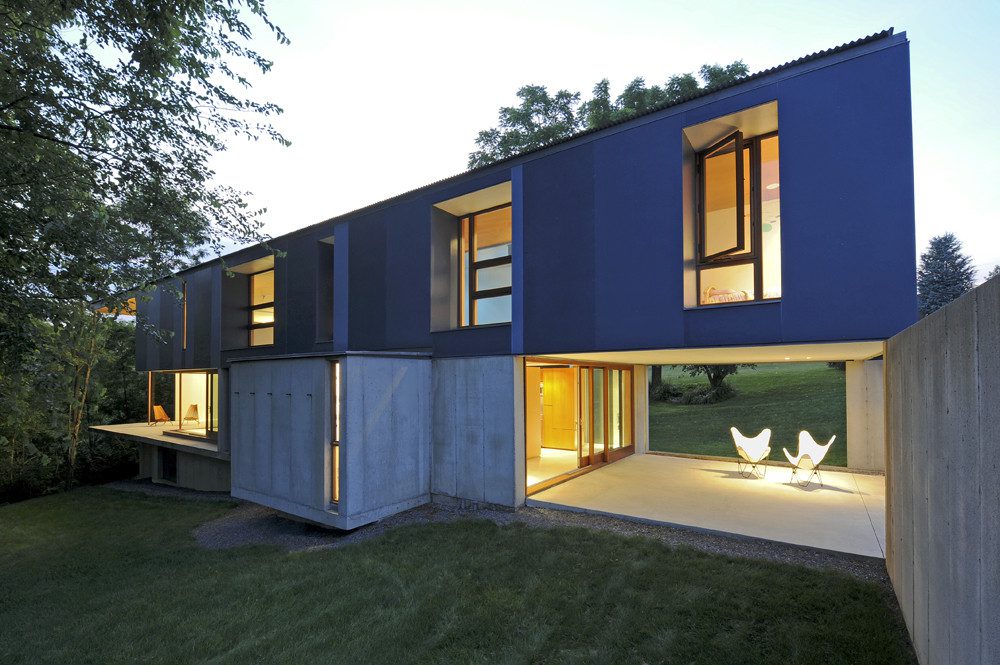 House Equanimity, by Joseph N. Biondo, a Pennsylvania home that pays respect to the history of Northampton – the birthplace of American Portland Cement. “The house is not a solitary cube that might have been sited anywhere, but one which penetrates into the landscape and becomes one with it. Hues of blue skin echo the mottled limestone quarried here.” 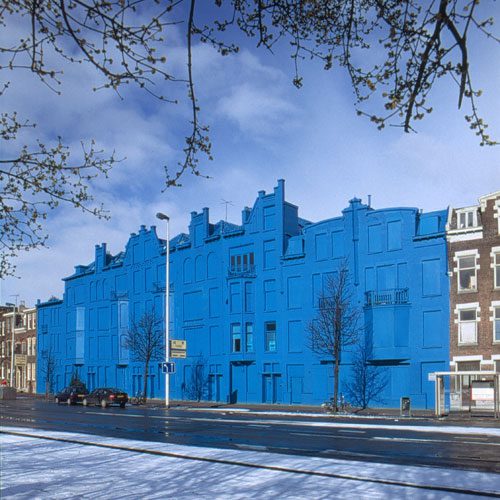 Beukelsblue, by Schildersbedrijf N&F Hijnen, is located in Rotterdam, The Netherlands. Beaukelsblue has been a temporary urban artwork since 2004 that turned into a city attraction. Florentijn Hofman was asked to redecorate a soon-to-be demolished residential block in Rotterdam, he painted the entire structure blue

Which blue  architecture was your favorite?? Do you know of any other blue buildings that are waiting to be discovered? Let us know in the comments!