Inspired by The Theater of Epidaurus 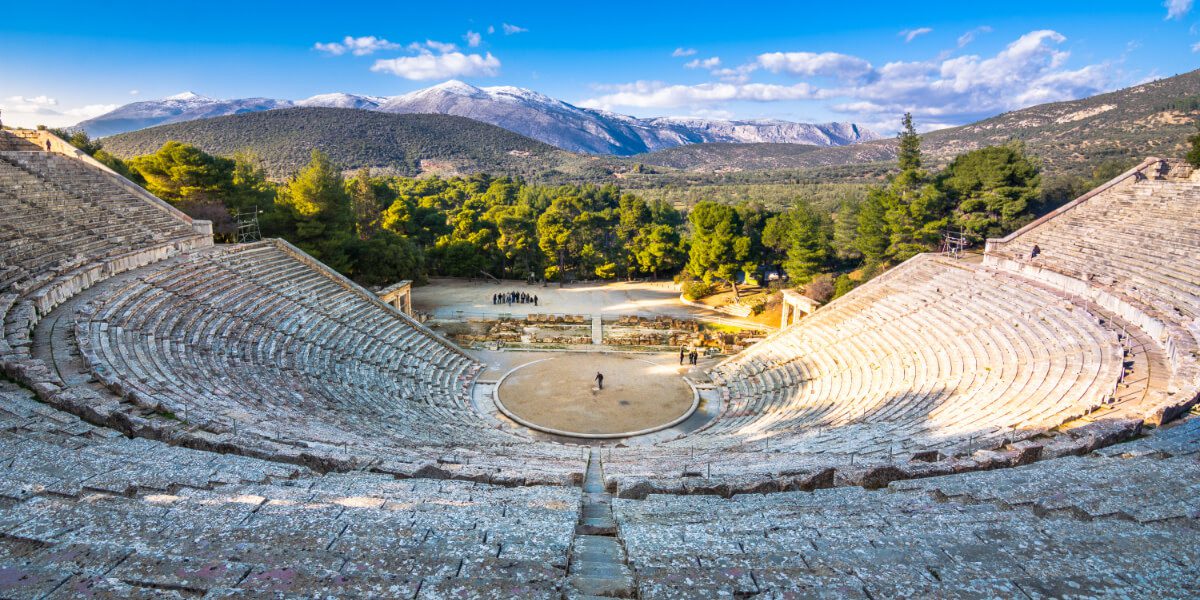 Epidaurus was the most famous healing center in the Greek world. The highlight of Epidaurus was its fine theatre, also used as a means to heal patients.  Aristotle believed that the observation of dramatic shows had positive effects on mental and physical health.

The Theater of Epidaurus was built in the 4th century BC by Polykleitos the Younger on the slope of Mount Kynortio at an incline of 26 degrees. Due to its excellent acoustics and condition, this ancient theater is still used today. 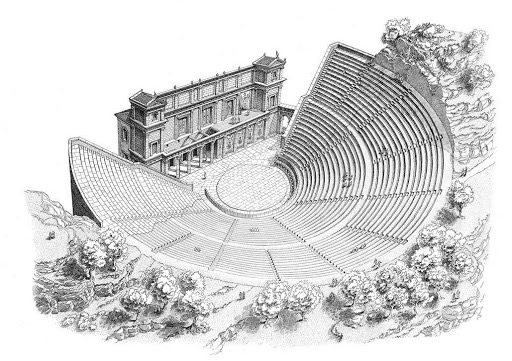 The architect chose a bow shaped site facing west, so the rising sun would light up the landscape behind the stage. Originally the theatre had 34 rows of seats divided into 34 blocks by stairs and walkways. This is a superb example of classical theater with an orchestra and the circular area between the seats and the stage. The highest distance of the concave is 58 meters, while the diameter of the stage is 20 meters.

The steps act as ‘acoustic traps,’ filtering any background noise while creating a phenomenon called ‘virtual pitch,’ which allows for a higher clarity of sound, making it easier for spectators in the back row to hear what’s happening on stage. Even a coin being dropped at the center of the performance center can be heard clearly in the back row.

What are your thoughts on this revolutionary architecture design? Can we use the mathematics behind ancient Greek theaters to improve our own? Will future theaters be built on locations to improve sound and air quality at the same time? Will we continue historically preserving and rebuild on current locations? Let us know in the comments! 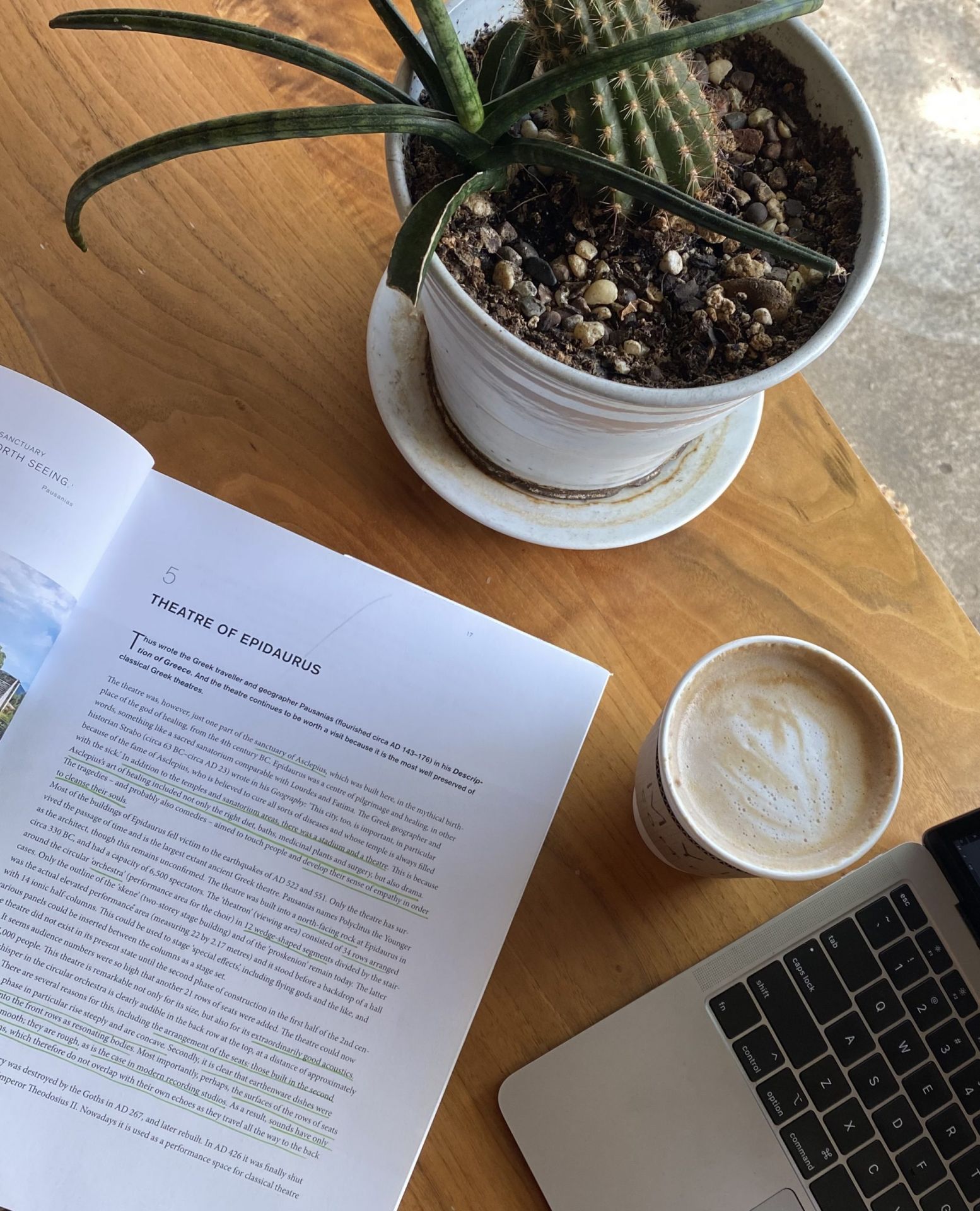 One reply on “Inspired by The Theater of Epidaurus“